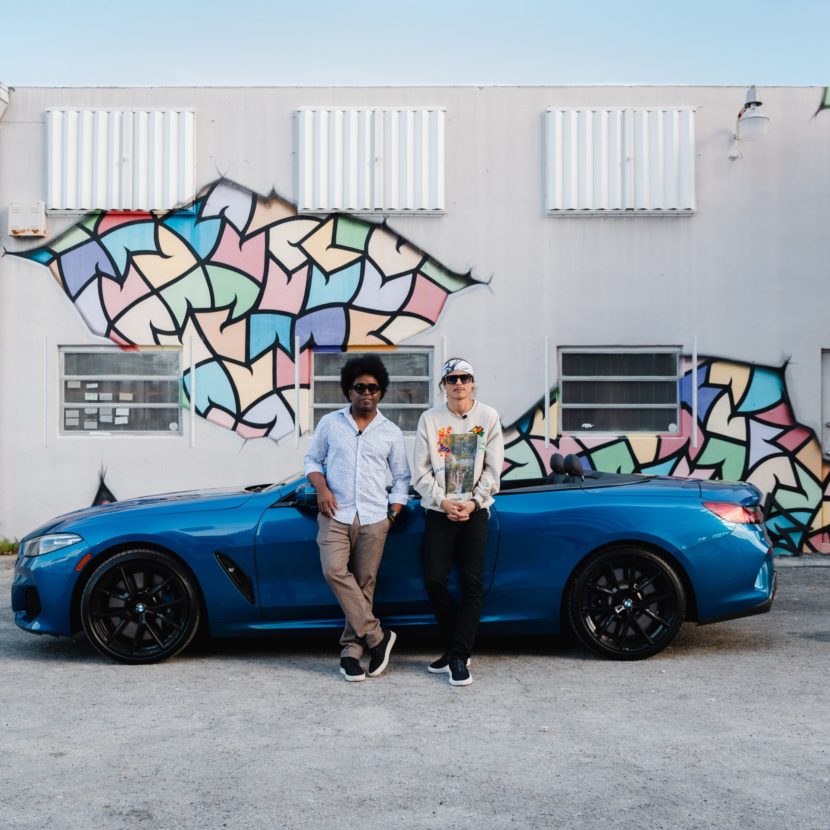 BMW is once again partnering up with Art Basel Miami Beach and providing support for the event. This time, the German car maker offered a BMW M850i xDrive Convertible for an experiment, where artists Alexandre Arrechea and Spencer “MAR” Guilburt went on a trip around Miami, trying to find the best examples of modern mural paintings. For such purposes, a convertible was definitely the perfect choice as it allows you to check out the world around you unobstructed.

As a long-standing global partner of the renowned Art Basel art fair, BMW is once again involved in Miami, for example with a VIP shuttle service and as part of the joint initiative BMW Art Journey and the BMW 8 Series Mural Tour. The car in question here, the M850i Convertible, is dressed up in Sonic Blue, and will definitely attract a lot of curious looks as Arrechea and Guilburt stop to pose and photograph the best murals around town.

The two have a personal stake here, one more than the other. That’s because Guilburt has immortalized himself with his murals while Arrechea has an exhibition at Art Basel Miami Beach by the Nara Roesler gallery. The trip the two have taken around Miami has been posted on their social media channels (@this_means, @alexandrearrechea) as well as on the BMW Group cultural engagement channel (@bmwgroupculture).

This is definitely not the first time BMW joined forces with Art Basel in Miami. Two years ago they supported the creation of the first autonomous flying drone sculpture under the ‘Franchise Freedom‘ name. It was a stunning display of 300 autonomous drones, each equipped with a light source.

2019 IAA: BMW 8 Series Gran Coupe in Pure Metal Silver – One Of The Most Expensive Color

They were programmed to imitate a flock of birds in their natural habitat and it was truly a sight to behold, especially since the BMW 8 Series Concept was also introduced at those events as a premiere for Art Basel.